The Case for Leveraging Citrix Cloud with AWS EC2 Moving to the cloud is not a matter of “If,” but “When”. Many clients saw this during the pandemic when they had to scramble to rapidly come up with a work from home initiative.  Our clients who had already been leveraging any form of VDI were primed and ready to respond. Even more so, our Citrix Cloud clients we able to quickly point to a new resource location like AWS EC2, deploy VDI at scale, and only pay for what they consumed.

One of clients in particular had a cloud journey mapped out to start in 2023 and completed by 2027. Then COVID-19 hit. They contacted Entisys360 and we got to work.

They needed to expand capacity but no longer wanted to invest in hardware or extend their commitment to their co-lo. They didn’t even know how much they needed to expand and for how long. Their current procedures were very manual and took an extensive amount of time to process. COVID-19 forced the organization to embrace digital transformation and to start their cloud journey sooner.

Step 1: Build out an AWS Landing Zone for the client. This methodology of using Infrastructure as Code allows our clients to quickly and consistently deploy the foundation for using AWS EC2.

Step 3: Entisys360 worked the client to automate the image build process (we may have done some stuff manually to get functional as soon as possible, but we went back and automated it after we went live.

Step 4: 3 weeks after our very first discussion, they went live.

Here are some of the benefits our clients have experienced when integrating Citrix Cloud and AWS EC2:

Now you might be asking yourself, why not AWS WorkSpaces? True, that could worked also but there were some things in Citrix’s favor:

Citrix Cloud also had more features the client was leveraging which made it a simpler decision in the short term. (Note: The client did evaluate AWS WorkSpaces and while it addressed some of the use cases, it was not able to address all the client use cases, so your mileage, or use cases, may vary.)

Here is an architectural diagram for you to review that explains the integration of Citrix Cloud and AWS EC2: 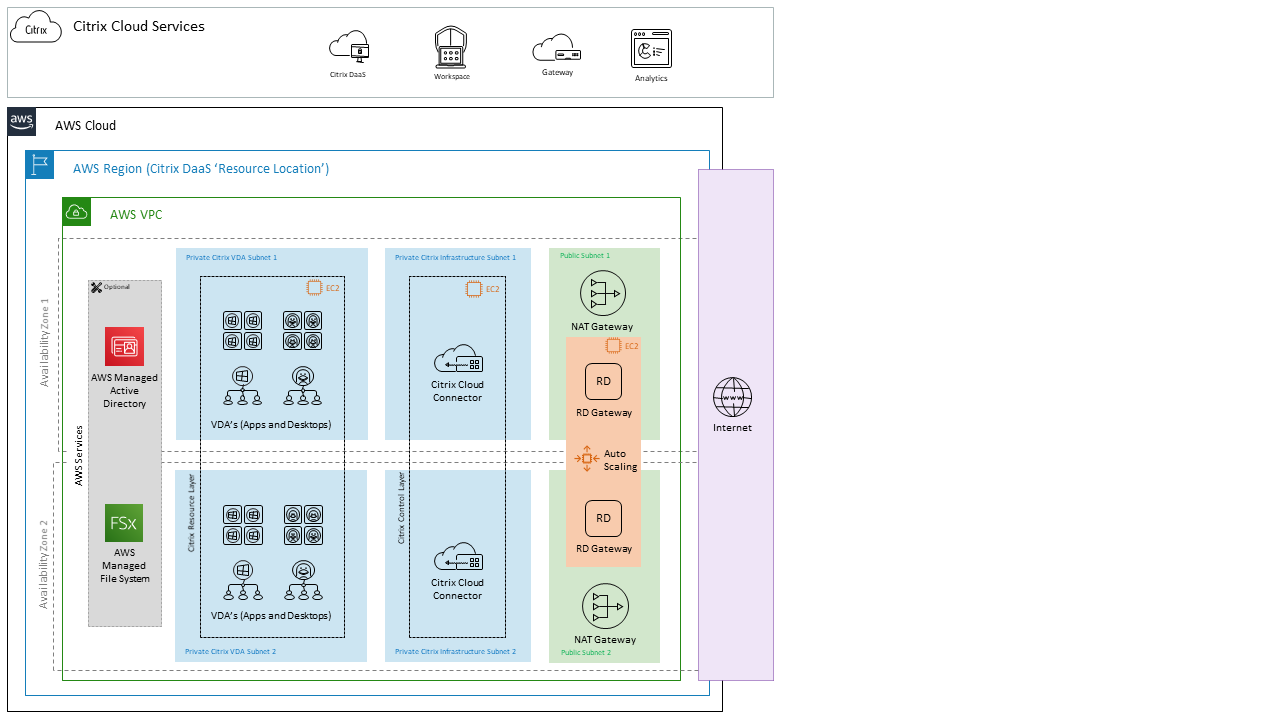 Please contact Entisys360 or your Entisys360 Account Executive, if you would like to learn more about integrating Citrix Cloud with AWS EC2 for your use cases.